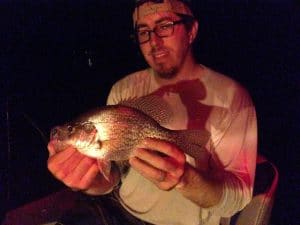 Hybrids and Stripers – Many of you know that power generation at Wallace Dam really gets the Hybrid / Striper bite going. According to the Wallace Dam Website, “Georgia Power currently operates the project to generate during peak power demand hours, and then pumps some of the water back at night during off-peak and lower-cost power hours.”

The pump back bite is killer for fly fisherman and usually happened somewhere between 6:00 AM and 9:00 AM from August through late October. That bite has become unpredictable as power demands changed with cooler weather.

We are focusing on fly fishing at night under dock lights right now. This bite is good all over the lake. On the upper end, the water can become stained with rain, but so far it has not been a problem. I had a guest out Monday 11/6 and he boated 6 smaller hybrids, serval nice crappie, and had some much bigger fish break off on a 10-lb. leader. All with only one fly and in just a few hours.

There are a few keys to success doing this. First, a clouser type fly that sinks quickly and a retrieve of 3 to 5 short strips as soon as the fly hits the water, then pause and repeat. The pause is key.

Secondly, the hook set; it must be a striping hook set with the rod tip down. This is not like fly fishing for trout where a high rod hook set works well.

Most importantly, a 4 lb. Hybrid is a heck of a fight at night on a fly rod. Getting the fish on reel as soon as possible will keep the fish from breaking the leader. Fight the fish with the part of the rod closest to the reel. It’s an adrenaline rush to catch a big Hybrid at night on a fly, just remember they play by their own rules and landing one means getting it away from the dock and any other structure as soon as possible.

Crappie – The cooler weather has made the crappie move off the deep-water structure and start to disperse in open water. The trolling bite has not started on the upper end of the lake, but I am hearing good reports from people long lining in the area near lick creek. The fishing on the docks at night has been fair, the fish are good size slabs. We are catching them on crappie minnows and on the same flies used for Hybrids.

“Anyone who wants to have an incredible day fishing with Captain Wayne won’t be disappointed. I highly recommend him to anyone who wants to catch fish and have a wonderful experience with an amazing individual. He’s very knowledgeable about fly fishing and spin fishing. He knows how to catch em and has fun doing it with excitement. Waynes the man for Oconee , if you go once you’ll go again!”

Bob Merriman from The Fish Hawk 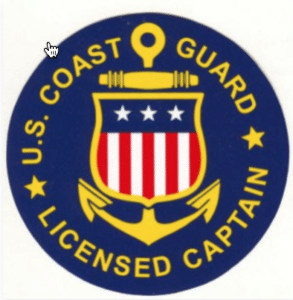 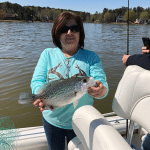 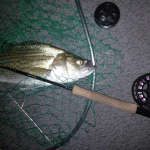 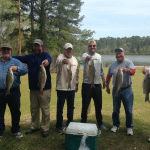 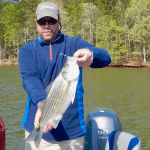 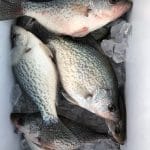 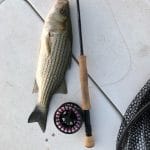 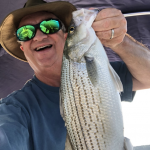 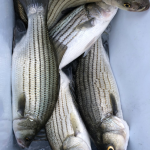 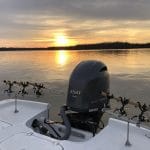 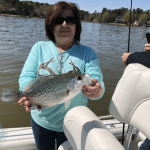 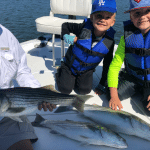 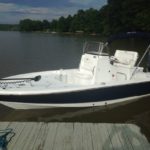 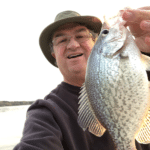 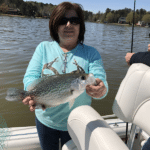